May 11, 1863, Col. James J. Byrne received authority to recruit the Corning Light Infantry; June 24, 1863, the designation Infantry was changed to Cavalry. The regiment was organized in New York city for a service of three years. October 22, 1863, the men enlisted by Lieut. Cyrus Payne for the 16th Cavalry were assigned to this regiment. The companies were mustered in the service of the United States at Staten Island, A and B July 18th and 19th, respectively; C, D, E and F August I2th, 25th, I5th and 31st, respectively; G and H October 13th and 31st, respectively; at Fort Columbus, New York harbor, I December 2, 1863, and at Elmira, K, L and M in January, 1864. June 12, 1865, the I4th N. Y. Volunteer Cavalry, joined by transfer, and Companies L and M were consolidated with the other companies of the regiment.

Eighteenth Cavalry.—Col., James J. Byrne; Lieut.-Cols., Stephen W. Stryker, John Tracy, Jr., Edward Byrne; Majs., Gaza Haraszthy, Edward Byrne, John Tracy. Jr., William H. Davis, Brockholst L. Power, Albert A. Pitcher, John F. Porter, Jr., John Ennis. The i8th, known as the Corning Light Cavalry, was organized in the summer of 1863 at New York city for three years' service. The companies of which it was composed were largely recruited in New York city, though the counties of Albany, Jefferson, Lewis, Franklin, Herkimer and Erie also contributed men. The various companies were mustered into the U. S. service at Staten island, Fort Columbus in N. Y. harbor, and Elmira, between July i8, 1863, and Feb. 3, 1864. The regiment left the state by detachments from Sept., 1863, to Jan., 1864. It was stationed in the defenses of Washington until Feb., 1864, when it was ordered to the Department of the Gulf and was there assigned to the 5th cavalry brigade, Arnold's division, 19th corps. It took part in the Red River campaign, in which it was repeatedly in action, meeting with its severest losses at Sabine cross-roads and at Yellow bayou. At the battle of Sabine cross-roads a squadron under Capt. William Davis was warmly engaged, fighting bravely, and losing 12 in killed, wounded and missing, and at Yellow bayou the regiment sustained a loss of 40, of whom 33 were reported missing. On its return from this expedition the regiment was stationed at La Fourche, La., until the following spring. Cos. A and F were on detached duty in Texas part of the year 1864. The regiment was active during this period at Morganza, Centerville and Franklin, La.; Parish Vico, Pattersonville, Rancho San Pedro and Clarksville, Tex. It was dismounted in Jan., 1865, and in March was ordered to Bonnet Carre, La. After the close of hostilities the regiment was on duty in Mississippi and Texas until mustered out at Victoria, Tex., May 31, 1866. Its losses during service were 1 officer and 14 men killed and died of wounds; 2 officers and 202 men died of disease, accident, in prison, etc., the total number of deaths being 219. One officer and 23 men were drowned by the foundering of the steamer North America off the coast of Florida on Dec. 22, 1864. The only commissioned officer lost in action was 1st Lieut. Alvaro Hammond, who was killed at the battle of Sabine cross-roads. 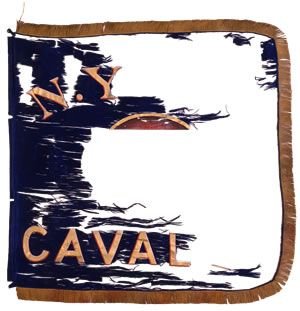 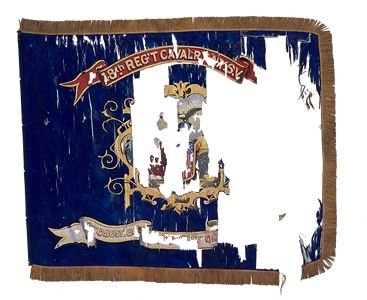 Approximately 40% is lost from this flag carried by the 18th Cavalry, New York Volunteers. From what remains we can determine the flag includes the… 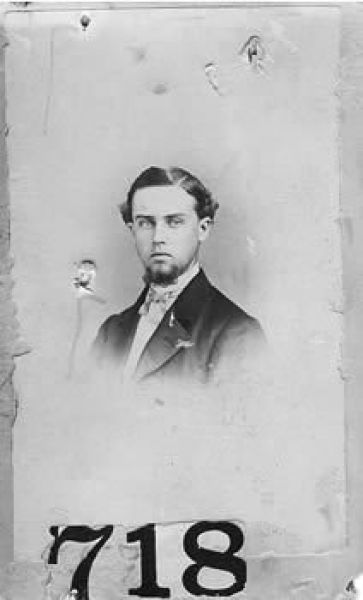 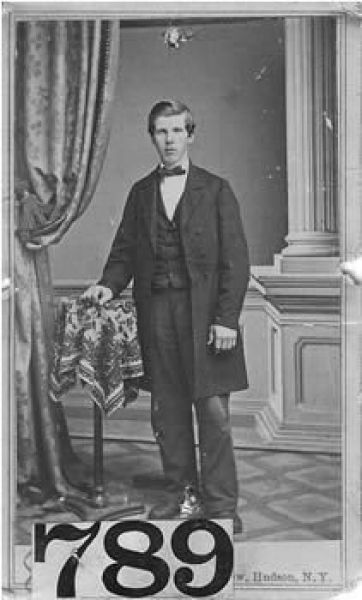 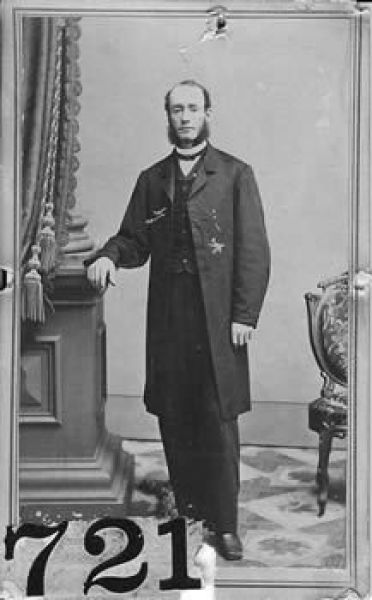 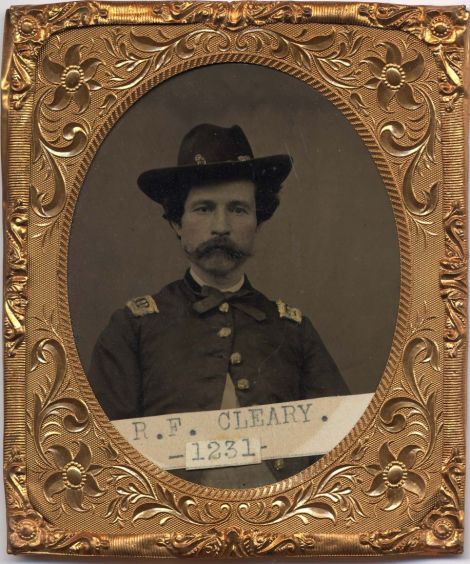 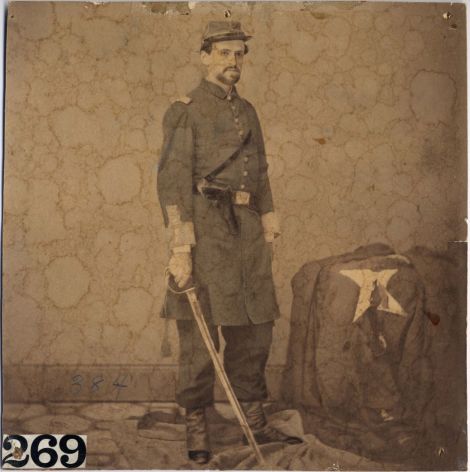 Items in the museum's catalogue are in bold.