Originally Battery B, Rocket battalion of artillery, became the 24th battery, November 1, 1862. The order making the change was, however, not approved until February 11, 1863.
Transferred to 3rd regiment of artillery, March 8,1865

The following is taken from New York in the War of the Rebellion, 24th ed. Frederick Phisterer. Albany: J. B. Lyon Company, 1912.

This battery, originally Battery B, Rocket Battalion of Artillery, became the 24th Battery November 1, 1862; the order making the change was, however, not approved until February 11, 1863. It was recruited principally in the counties of Monroe and Wyoming, and at Perry; organized at Buffalo, its organization completed at Albany; and there mustered in the service of the United States for three years December 7, 1861. At the expiration of its term of service, the men entitled thereto were mustered out and the battery retained in service. It left the State December 9, 1861, under Capt. J. E. Lee, and served at Washington, D. C., from December, 1861; in North Carolina, from April 23, 1862; in the 3d Brigade, 5th Division, 18th Corps, from December, 1862; in the district of Albe-marle, N. C., from May, 1863; at Plymouth, N. C., from January, 1864; and in the district of North Carolina, Department of Virginia and North Carolina, from May, 1864; and March 8, 1865, it was transferred to the 3d Artillery as Battery L of the same, but did not join the regiment until May 28, 1865, when its war service had closed.

Twenty-fourth Independent Battery.—Capts., Jay E. Lee, A. Lester Cady, William W. Crooker. This battery (originally Battery B, Rocket battalion) was organized at Albany, and was principally recruited in the counties of Monroe and Wyoming. It was mustered into the U. S. service at Albany, Dec. 7, 1861, for three years, and on the expiration of its term many of the original members reenlisted, the battery being continued in service as a veteran organization. It left the state on Dec. 9, 1861, and was stationed at Washington until in April. 1862, when it was ordered to North Carolina, in which state it continued to serve until the close of the war. It took part in the engagements at Young's cross-roads, the expedition from New Berne to Goldsboro, New Berne, Williamston, Chowan River and Plymouth, where it lost 2 killed, 5 wounded and 115 captured. The battery was transferred to the 3d N. Y. artillery as Battery L, but did not join the regiment until after the close of the war. It lost during service 3 men killed and mortally wounded; 85 died of disease and other causes, a total of 88. of whom 67 died in Confederate prisons. 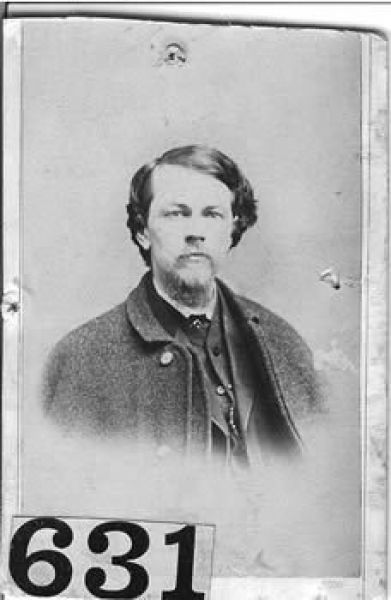