The following is taken from New York in the War of the Rebellion, 21st ed. Frederick Phisterer. Albany: J. B. Lyon Company, 1912.

The battery, commanded by Captain Barnes, was honorably discharged and mustered out, September 8, 1865, at Syracuse, having during its service lost by death, of wounds received in action, 2 enlisted men; of disease and other causes, 1 officer, 30 enlisted men; total, 1 officer, 32 enlisted men; aggregate, 33; of whom 1 enlisted man died in the hands of the enemy.

Twenty-first Independent Battery.—Capt., James Barnes. This battery was raised and organized at Oswego and was mustered into the U. S. service for three years, Dec. 12, 1862, at New York city. It left the state the same day for New Orleans and was engaged in May at the Armite river and Civiques ferry, and then took part in the siege of Port Hudson, participating in the assaults of May 27 and June 14. It lost 7 men captured at Plains store; was active at Morganza, with the 19th corps in Jul}' and at Morgan's ferry, and Simsport in October. Attached to the reserve artillery, 13th corps, it was engaged at Spanish Fort and Mobile, Ala., in the spring of 1865, losing 2 killed and i wounded. It was mustered out at Syracuse, N. Y., Sept. 8, 1865. Its loss during service was 2 killed, and 1 officer and 30 men died of disease and other causes, a total of 33. 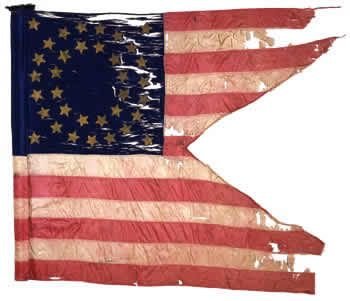 The NYS Battle Flag Collection includes one flag carried by the 21st Independent Battery, a silk, swallowtail guidon in the “stars and stripes”… 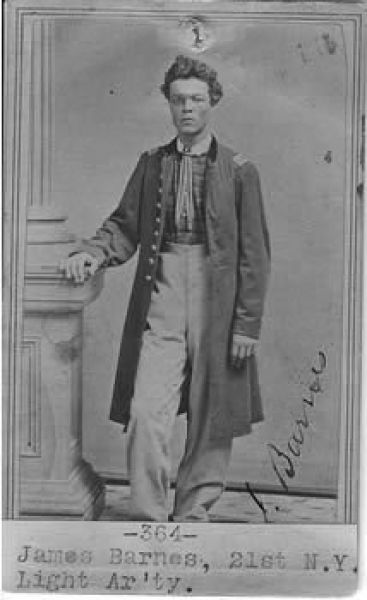 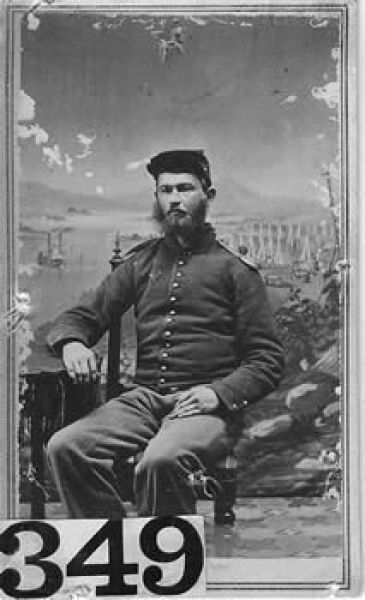 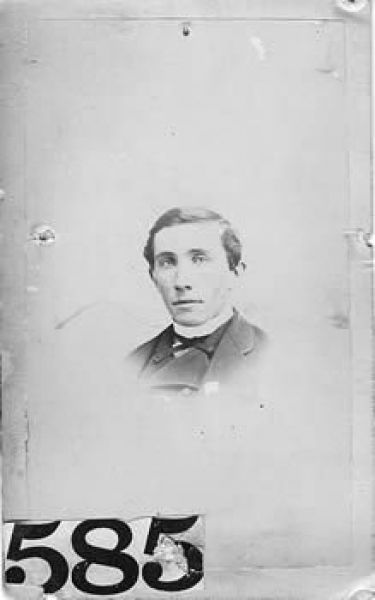 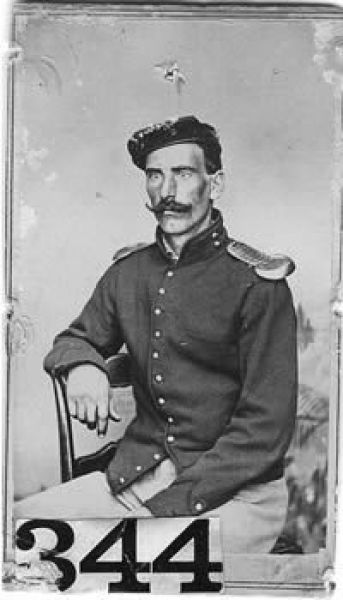 Barnes, Francis G. Letters, 1862-1865.
Abstract: A group of 69 letters written by Barnes to his wife, plus 2 manuscript documents, that cover the entire Civil War career of Francis Barnes, a native of Phoenix, Oswego County, New York.
The first letter, 21 November 1862, is from French's Hotel in New York City where Barnes receives the State Bounty of $50. By 12 December, he and the rest of the men who volunteered at the same time have been mustered in as an independent battery. By 15 December he is writing from the ship taking them to Fortress Monroe. Once there, he stays two extra weeks in the hospital attending his brother who has suffered an accident. By February 1863, he and his ship are in quarantine in the port of New Orleans because of an outbreak of smallpox. Once released into the city itself, their first duty was to guard a railroad 40 miles above New Orleans. His battalion is posted at Jefferson College (where Barnes pilfers books); their first battle was a skirmish preparing to assault Port Hudson, which they do in the wake of July's Vicksburg victory, under General Banks. Barnes is granted leave in the summer of 1863, and returns to Louisiana via Cairo IL.
In February 1864 he is mustered out to accept a commission as 2nd Lieutenant in the 8th Regiment Corps d'Afrique (which became the 80th Regiment US Colored Infantry.) In June 1863 he had written his wife that he thought preparing colored troops "a grand idea" and Lincoln should have done it sooner. Even in his previous battalion, he had been in charge of negro laborers and admired their prowess. He declares that his men are as good as whites. In April 1864 the regiment moves up to St. James Parrish, where they remain guarding river traffic until close to the end of the war, with occasional forays to a camp at Bonnet Carre. In April of 1865 they are ordered to Mobile, and hear about Lincoln's assasination while at a desolate camp on the Tombigbee River. In July, the troops not mustered out are ordered to Galveston.
There exist, of course, many collections of Civil War letters. What makes these desirable? First, their completeness, and Barnes' propensity to record his experiences in detail, and at length. Then, his war career, while not exciting militarily, placed him in the South, and with negro troops - and his observations on both are valuable. A considerable bonus is the fact that a John Demos trascribed all the letters in the course of preparing an undergraduate thesis. Included with the gift of the letters is the trascription, and the appendices to the thesis - which include good essays on Barnes' religious beliefs, on his attitude towards negroes, and on his impressions of the South, as well as Demos' footnotes that trace Barnes' biography. Generally, Demos showed that Barnes was typical of an educated, rural-dwelling Northerner - carrying with him his prejudices. Even as he defends the worth of his negro soldiers, he decries their inability to handle money responsibly, to withstand the cold, to act on initiative. By January of 1865 he declares himself sick of living amonst negroes. The South he is both fascinated and repelled by. He treats it, always, as a foreign country, and the Secessionists themselves as little better than agents of the devil. Yet, despite his many vindictive harangues, he muses in his very last letter that he might like to move to the South after the war.
Located at the New York State Library: Accession Number: NYSR93-A64