The following is taken from New York in the War of the Rebellion, 20th ed. Frederick Phisterer. Albany: J. B. Lyon Company, 1912.

November 26, 1862, the organizations (incomplete) recruiting for the Anthon Battalion of Artillery were consolidated into two batteries, and one of them designated this, the 20th, Battery. It was organized at New York city and mustered in the service of the United States for three years from September to December, 1862 at New York city, Governor's island and Fort Schuyler. The men were recruited in New York city, Brooklyn, Hounds-field, Orange and Watertown. In February, 1863, thirty-six of the enlisted men were transferred to the I2th Battery, and July 31, 1865, it was honorably discharged and mustered out at New York city. The battery, commanded by Capt. B. Franklin Ryer, served at Fort Schuyler, New York harbor, Department of the East, from January, 1863; and at Fort Columbus, New York harbor, from July, 1864. It lost by death of disease and other causes, six enlisted men; and one section took part in the quelling of the New York City Riot, July 13-16, 1863.

Twentieth Independent Battery.—The 20th battery was originally recruited in the counties of New York and Kings as one of the batteries of Anthon's battalion of artillery. It was organized at New York city and there mustered into the U. S. service for three years, Dec. 27, 1862. It was commanded by Capt. Gilbert S. Coddington until Aug. 31, 1863, when he resigned and was succeeded by Capt. B. Franklin Ryer. Its term of service was spent in garrison duty at Forts Schuyler and Columbus, New York harbor, and it was mustered out at New York city, July 31, 1865, having sustained a loss of 6 men by disease during its term of service. A section of the battery assisted in quelling the New York draft riots in July, 1863. 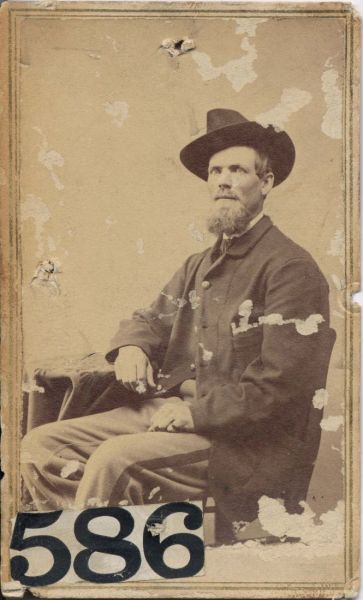