This regiment was organized December 31, 1862, of the 4th, 5th and 7th Battalions of Artillery, and Alexander Piper appointed its Colonel. The battalions had been organized at Sackett's Harbor in September, 1862, and the consolidation was effected under the orders of the War Department, dated December 27, 1862. The companies were mustered into the service of the United States for three years; at Sackett's Harbor, A, B, C, D, E, F, G and M September nth; H and I September 12; at Staten Island, Company K November 12, and at Fort Schuyler, Company L December 27, 1862.

June 23d, 1865, the regiment, commanded by Lieut-Col. George DePeyster Arden, was honorably discharged and mustered out at Petersburg, Va.; the men not entitled to be discharged then, were transferred to Companies E, F and G, and these were assigned to the 6th N. Y. Volunteer Artillery, second organization, as Companies E, F and G, respectively, July 19, 1865.

Tenth Artillery (Heavy).—Col., Alexander Piper; Lieut.-Cols., Joseph Spratt, G. De Peyster Arden; Majs., Joseph Spratt, James B. Campbell, Thomas W. Osborne, Charles C. Abell, G. De Peyster Arden, S. R. Cowles. This regiment, known as the Black River artillery, or the Jefferson county regiment, was organized on Dec. 31, 1862, of the 1st, 2nd and 4th battalions, Black River artillery, the battalions having been organized at Sacket's Harbor in September, and the consolidation took place on Dec. 27. The men were recruited in the counties of Jefferson and Lewis and were mustered into the U. S. service for three years as follows: Cos. A, B, C, D, E, F, G and M on Sept. 11, at Sacket's Harbor; H and I on Sept. 12; at Staten island; Co. K on Nov. 12, and Co. L on Dec. 27, at Fort Schuyler. The 2nd and 4th battalions left the state on Sept. 17, 1862, and were at once assigned to garrison duty in the forts about Washington; the 1st battalion garrisoned Fort Richmond and Sandy Hook, N. Y. harbor until June, 1863, when it joined the others at Washington. In the latter part of May, 1864, the regiment was sent to the front with the other heavy artillery commands to reinforce Gen. Grant and on its arrival was assigned, first to the 4th brigade, 1st division, and on June 24 to the 1st brigade, 2nd division, i8th corps. It was in action for the first time at Cold Harbor, where it lost 9 killed and wounded, and in the assault on Petersburg in June it sustained a loss of 43 killed and wounded. On Aug. 13, 1864, it was withdrawn from the front and assigned to the 1st brigade, De Russy's division, 22nd corps; it joined the provisional division of the Army of the Shenandoah on Sept. 27; was engaged with small loss at Cedar creek; was assigned in December to the 2nd brigade, Ferrero's division. Army of the James, at Bermuda Hundred; and was actively engaged in the final assault on Petersburg, April 2, 1865, losing 90 killed, wounded and missing. While in the works before Petersburg, from June 15 to Aug. 13, 1864, and from Dec, 1864, to April 2, 1865, it sustained losses, amounting in the aggregate to 11 killed, 76 wounded and I missing, a total of 88. Though known as an artillery regiment, the men were armed and drilled as infantry. Under command of Lieut.-Col. Arden, the loth was mustered out at Petersburg on June 23, 1865, except recruits, which were consolidated into three companies and transferred to the 6th N. Y. artillery on June 27. The regiment lost during service 47 men killed and mortally wounded; 2 officers and 218 men died of disease, accidents, in prison, etc., a total of 267. 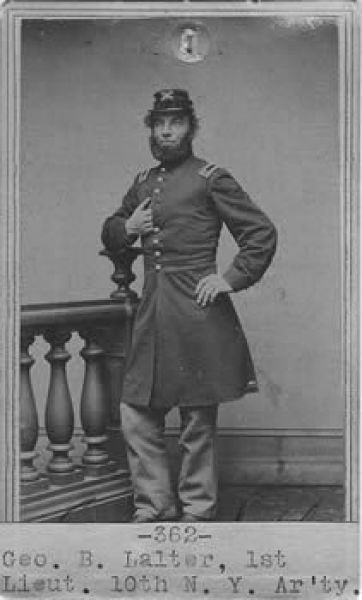 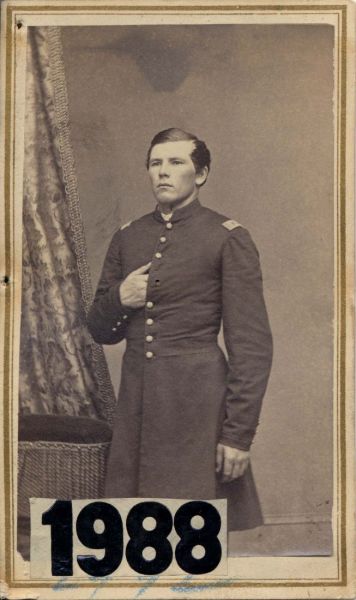 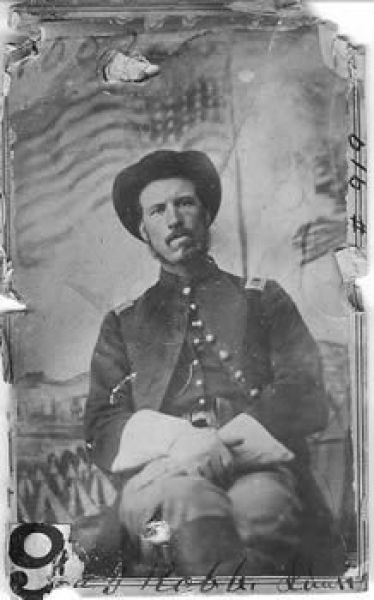 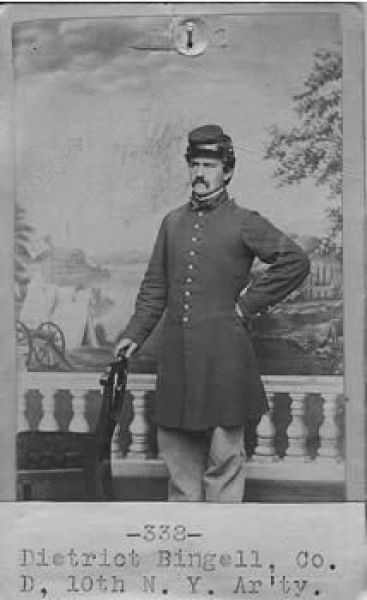 Cooper, John, C. and Family. Papers, 1850-1901.
Abstract: These papers consist of correspondence between members of the Cooper family. These letters primarily contain information about everyday life. There are many letters between Uri Gilbert and his wife, Millie. Uri had a business in which he traveled to various states for extended periods of time. Also contained are letters from Dealton Cooper regarding his experiences as a soldier during the Civil War. From Dealton's letters one may conclude how black soldiers were treated unfairly during the Civil War. Dealton gives an account of how, when a group of fifty to sixty black soldiers joined his regiment some of these soldiers were shot on the spot for not halting when told to do so. The post Civil War letters talk about everyday life.
Located at the New York State Libary.